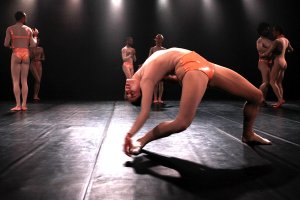 After more than two decades as one of Israel’s most recognizable and celebrated dancers and choreographers, Sharon Eyal is boldly leaving Batsheva, the company that raised her. With her partner in life and art, Gai Behar, she’s bringing her own, feral brand of dance to Jacob’s Pillow, one of America’s most prestigious performing arts festivals.

It’s an impressive beginning, consistent with a company from the Start-Up Nation, as Israel has been branded, a reference both to its own scrappy origins in 1948 and to the tech boom of the past decade. The cultural scene has soaked up a bit of that risk taking